Pest infestation is one of the most aggravating things that can happen to upset your life. Once these frightening critters invade your home, you don’t feel like going back to your house. While some of them destroy our immediate vegetation, others sting and bite and even feed on us. Although Arizona is home to a diverse population and boasts great weather, it also hosts some of the most horrible pests.

Did you know that the number of insect species in the world outnumbers the human population? That does not incorporate rodents that infest our homes and disrupt our lives on a daily basis. Well, with all these critters, it becomes tricky for homeowners to ascertain the type of pest problem on their hands. While a pest in the North may not pose a problem in the South, here is a list of the most common and problematic pests in Arizona:

Bedbugs are a very common parasite. They are flightless insects that are brown in color. These mostly live in furniture and beddings. They may also be found in the cracks of your walls. They are infamous for biting their victims, especially at night, when one is sleeping and feeding on their blood. This leaves you with itchy bites to deal with once you wake up.

Bed bugs are incredibly hard to remove, and are certainly not something you should try to manage on your own. In other words, they are definitely not a Do It Yourself project. It is best to leave bedbug control to the professionals.

Cockroaches in Arizona come in various sizes and colors as there are seven different species here. These bugs may bring about some very serious diseases such as gastroenteritis, dysentery and salmonella. You can get these diseases by eating food that they have crawled on. The worst part is that it is extremely difficult to avoid cockroaches in your home. Cockroaches feed on any organic substance including but not limited to pet-food, grease and book bindings.

The American Cockroach is most common and main species found in Arizona. They mostly live in sewers and build up to big numbers. They find their way into homes through drains. Other common roaches in Arizona include the German cockroaches and the Turkestan cockroach, which is becoming more common in urban areas.

Rats or mice are some of the mo 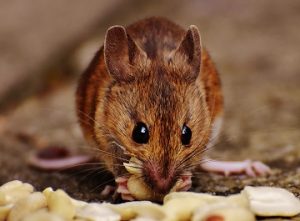 st intimidating pests that you can have in your home. They are known to carry diseases not only in their droppings, but also on their feet as they live in very dirty environments. Rats have also been reported to cause electrical fires as they chew on almost anything including electrical wires and boxes.  They pose a major problem during winter as they try to build their nests indoors due to the cold weather outside

There are numerous species of ants, most of which are annoying home pests. The most common ants in Arizona are the fire ants that bite painfully leaving sore marks on the skin. They feed on tiny bits of food found on tables or floors. Being social insects, when you spot one, there are usually more on their way.

Bees are strong, hairy insects and are generally dark in color.  Their food comprises of pollen and nectar from flowers. Wasps are more brightly colored and mainly feed on spiders and other insects.

Bees and wasps are notorious for nesting in and around human homes. Wasps will at times build their nests in the attic and wall cracks of houses. These pests are very protective of their territory and will sting just about anyone who gets too close to their habitat.

Female bees and wasps are the infamous stingers. The honey bee often dies after their first sting as it leaves its stinger behind after stinging their victim. While the honey bee may only sting once in its lifetime, wasps may sting several times. Apart from being extremely painful, a wasp sting can be lethal especially if you are allergic to their venom.

These insects are usually attracted to sugar and you’ve even heard of cases where they crawl into a can of soda only for the drinker to swallow them accidently.  In which case, they cause enormous swelling wherever their venom gets injected to the human body to a point of death. 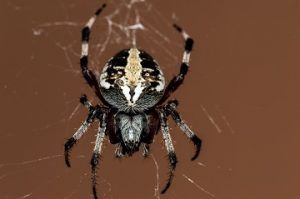 Apart from insects, there are many species of spiders that may be found in Arizonian homes with the most common being the Black Widow Spider. Both male and female have a similar marking on the underside of their abdomens, but females have a glossy-black color while males have a cream color and are smaller in size. The black widow is venomous as even the egg sacs contain poison. So, you should be careful when removing them.

You will usually find spiders on walls, on the outside and in corners nestled in their webs. Given that spiders use their webs to trap their food, which is other smaller insects, once damaged, they are regularly recreated. You can also find spiders in darker parts of the house such as closets and the basement.

Just like ants, termites are social insects. They live in large gatherings, so if you spot one termite, rest assured that the rest are somewhere nearby. Termites feed on dead plant material, including cut grass, old leaves, and forget wood. They can cause great damage to wooden buildings and degrade the framework in a short period of time.

Truth is; it is generally infuriating and disgusting to have pests in your home or place of work. For those who’ve had to deal with pest infestation problems, you definitely get a clear picture of how draining and time-consuming it can be. You must ensure that you take the necessary precautions when dealing with pests because of the likelihood of transmitting viruses, bacteria and various diseases. Fortunately, there’s no pest problem under the sun that doesn’t have a solution. Having professionals come in and take care of your particular pest problem is not only smart, but also  much more effective than trying to do it yourself.

Seasonal Aspect of Pest Control
Do it Yourself Ant Control
Tags:
✉

Don't Want to Call Us?

Send Us Message Instead